Communicating in a Crisis: Lessons from the Red Cross

Every business must expect the unexpected. You may not know what form a crisis will take, but you can be sure your organization will be tested at some point by potential threats, whether they are small emergencies or catastrophic events.

The 2017 hurricane season was one of the most active and expensive in U.S. history with total damages estimated at $206.6 billion. Harvey, Irma and Maria left historic destruction in their wakes, and many communities are still struggling to recover. While the coverage of the hurricanes elicited responses of sympathy and altruism from those of us removed from the immediate crisis and watching the news and social media, it was a real and life-altering experience for the residents, responders and the agencies that supported the recovery efforts.

At a recent Public Relations Society of America luncheon in Raleigh, American Red Cross Regional Communications Officer Brittany Jennings described her organization’s crisis-response approach, which has lessons that can be applied to any emergency situation.

Not every emergency where the Red Cross coordinates a relief effort involves a synchronized response on a national or global scale. Sometimes the crisis involves a family who has lost everything in the blazes of a house fire, and the Red Cross is there to provide assistance for their immediate needs.

No matter the size of your organization or the scope of the crisis, here are some effective strategies that the Red Cross communications and crisis teams use and key questions to consider when thinking about your own organization’s readiness.

Be prepared – It’s not just for Boy Scouts

During an impending crisis, especially a weather event that could affect thousands of people or a large metropolitan area, the national media will be on the scene well in advance of the first gust of wind or snowflake. The Red Cross deploys Advanced Public Affairs Teams to the affected areas armed with information that is consistent and accurate, no matter who is speaking with the media or residents, whether it’s a communications officer like Jennings or a volunteer.

This type of coordination does not happen by accident. The organization creates daily talking points, fact sheets and hot topics that are distributed across the country and in some cases, around the world. There are training sessions and events throughout the year where teams participate in tabletop disaster scenarios and response rehearsals. They have manuals and online libraries of resources that can be accessed quickly and customized for the current event. Each member of the team knows exactly what he or she will do when that call comes in the middle of the night. Does your organization have a crisis response plan in place that can be executed on a moment’s notice?

Frying pan to the fryer

Sometimes the initial crisis can spawn additional, unexpected crises, testing the most resilient and experienced professionals. Jennings shared the example of an exhausted Red Cross executive giving what seemed like his millionth statement to the national press during the aftermath of Hurricane Harvey and was unable to state important facts about how much of each dollar donated is allocated to victims and services even though he knew those figures like the back of his hand. Fortunately, the press was able to talk with another communications officer, who salvaged the interview.

Jennings also had to contend with a situation after Hurricane Matthew in eastern North Carolina where a vocal community member videoed the Red Cross disposing of clothes and came to the incorrect conclusion that it was throwing away items that could be used by someone in need. In reality the clothes were damaged and unusable. The community member then posted the video on Facebook and the rumor spread like wildfire in an area already frayed by dealing with a natural disaster. In addition to focusing on her planned communications and messaging, Jennings worked with the person to clarify the situation, and that person then became an advocate for the Red Cross’ efforts in the area. Both of these situations rely on having an initial plan and the knowledge and resources to react should an emerging crisis complicate the original situation. During the crisis planning process, it’s important to workshop possible scenarios that could arise from a crisis and how they will be handled.

Look for the helpers

Jennings emphasized the importance of transparency and telling it like it is during a crisis. With social media algorithms changing every day and bad actors spreading misinformation online, organizations can have a difficult time breaking through the chatter and sharing facts with those who need them during a crisis of any scale.

The Red Cross made the strategic decision to decentralize its social media efforts by empowering dedicated employees and volunteers to speak on behalf of the organization and be the boots on the ground for communications. They receive social media training and learn how to respond while on camera. Who in your organization could be the part of the effort to respond during a crisis and be transparent when the media or clients ask tough questions? What tools will they need for such a response?

The Red Cross approach offers just one valuable crisis plan example. Organizations need to be prepared for any crisis, whether it’s a weather event, high-profile litigation, data breach or an employee issue at work. At Poston Communications, we believe that challenges such as these can be turned into opportunities with the right vision and plan, including a focus on clearer skies ahead.

Start Your PR Career Right with 3 Keys for Success 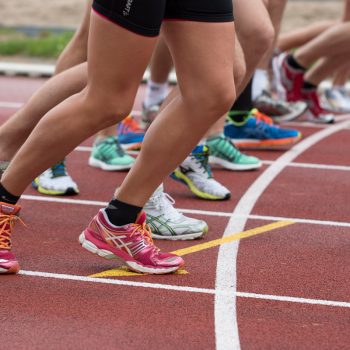 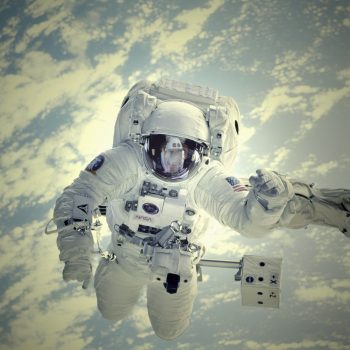