News Coverage Revealed So Much When Two Women Made the Short List for the U.S. Supreme Court 50 Years Ago 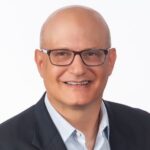 Poston Communications has a fun tradition in which team members rotate delivering a five-minute presentation on any topic at one of our standing morning meetings. My turn was fast-approaching, but as the date came closer, I didn’t have a clue of what I’d discuss with my colleagues.

I’ve long been a fan of the New York Times’ online archives, so I hopped on the site in search of something to share from an October 11 – my presentation date – in the past. What I found from 50 years ago revealed how deep sexism pervaded the legal profession, and, especially in a now-unthinkable example, the news coverage.

The Times’ front page from October 11, 1971, led with Cold War news (“Satellites Spot a Soviet Build-Up For Atomic Arms”). But my eyes went to the left side column that reported: “Evidence Grows That Byrd Will Get High Court Seat; Senator Said to Be Nixon’s First Choice, and Easy Confirmation Is Predicted.”

President Richard Nixon was faced with the rare opportunity of filling two high court vacancies at one time. But Senator Robert Byrd—a West Virginia Democrat who was dogged by his early membership in the Ku Klux Klan as he became a powerful figure in the Senate—never served as a justice. So I kept reading to see how this story unfolded. 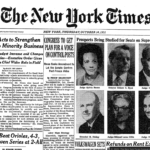 Unlike how I just named them, the Times listed the would-be candidates alphabetically, both in the main story and in short biography summaries on an inside page. The bios covered the basics—current job, background, law school, positions they’d taken or cases they’d handled. Some noted if the candidate were married or had children.

Lillie’s description followed the same model, noting her graduation from the University of California at Berkeley and work as a judge on the domestic relations court in Los Angeles before rising to the state appeals court.

The final line read, “In her mid-50s, she still has a bathing beauty figure.” (Mercifully for the Times writer 50 years ago, the biographies carried no byline.)

After I was finally able to stop gaping at that sentence, I kept on reading—because, again, none of the short listers made it to the Supreme Court.

By October 21, the Times was reporting, “Nixon Is Expected to Pick Arkansan for the High Court,” referring to Friday (whose appearance in a bathing suit wasn’t evaluated). Lillie was still in the running, but she faced opposition from Harvard Law School professor Laurence Tribe, who opposed her rulings as having “grossly inadequate reasoning” and “misleading and disingenuous” use of precedents.

My curiosity satisfied with the meandering way Powell and Rehnquist came on the court, I zeroed in on the story starting in the next column, about halfway down the front page: “Nixon Bypasses Women for Court; Talent Pool Small.”

Today, the headline is a howler, given that women make up about 37% of the U.S. bar and have outnumbered men in law schools for several years. Back then, according to the article by Eileen Shanahan, only 2.8% of American lawyers were women, with a smaller percentage holding seats on the bench or high places in law firms.

I’ve heard and read stories about the mistreatment of women in the law from that era, but it’s remarkable to see how open it was in 1971. Shanahan wrote that the primary prejudice against women—“most lawyers in private practice would say it was a fact”—was that “a law firm cannot afford the waste of hiring and training women because they will marry and leave the firm when they have a baby or their husbands are transferred elsewhere.”

She reported that more than two dozen law firms said privately that women attorneys weren’t getting jobs because, in a courtroom, “they are too shrill” or “cannot stand the strain of litigation … [and] fall apart.”

Also, corporate law work required long hours, often out of town where lawyers gather in hotel rooms to complete briefs or prepare for trials. “The partners’ wives would not stand for women in such jobs,” firms told the reporter.

In a hopeful ending, Shanahan noted that one firm, Davis Polk & Wardwell, tested these theories against reality with their women attorneys and debunked them. “They travel as necessary and no wife or client has reacted,” Samuel Pryor III, the firm’s hiring partner told Shanahan. “It was a great breakthrough.”

The law has changed a lot in 50 years. In 1984, Powell and Rehnquist joined a unanimous court in holding that Title VII’s ban on employee sex discrimination applied to law firm partnerships. (In 2020, the court ruled that employers court not fire people simply because they were homosexual or transgender. Poston Communications provided litigation public relations support for the lead appellant in that case, Gerald Bostock, and a law firm representing him, Buckley Beal.)

The legal community has changed, too. Today dozens of big law firms follow the Mansfield Rule to assure they consider women, racial minorities, LGBTQ and other under-represented lawyers for high-level opportunities.

Firms also highlight their diversity efforts on their websites. (We have a report coming out on this very subject soon.)

A recent PBS documentary on O’Connor reported that Chief Justice Warren Burger had given O’Connor a memo citing a psychological study showing how women joining previously all-male institutions would be less disruptive if they kept a low profile. Thankfully, O’Connor knew the value of one vote among nine as well as anyone else and did her job as required, becoming a powerful force on the bench.

The PBS show also quotes O’Connor expressing frustration that people paid as much attention to what she wore as to what she decided on the bench. The first clothing at issue was her judicial robe, which critics noted was significantly shorter than Burger’s.

Perhaps it was a sign of progress that no one discussed how she looked in a bathing suit. 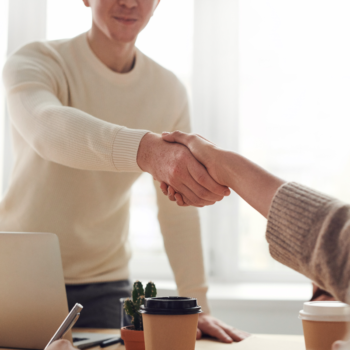